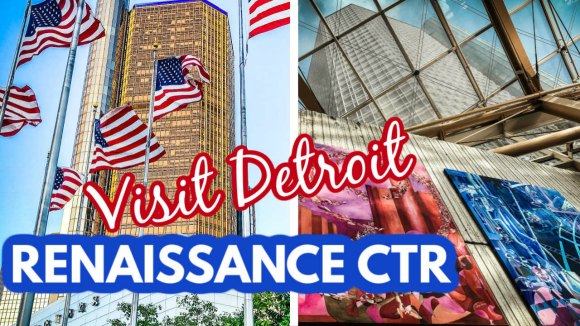 The Detroit GMRENCEN was definitely on our must-see Detroit Day Trip itinerary.

The Center is a group of seven interconnected skyscrapers in Downtown Detroit, Michigan. Located on the Detroit International Riverfront, the GMRENCEN is a great place to start exploring Detroit.

The Renaissance Center is owned by General Motors and it is their world headquarters. 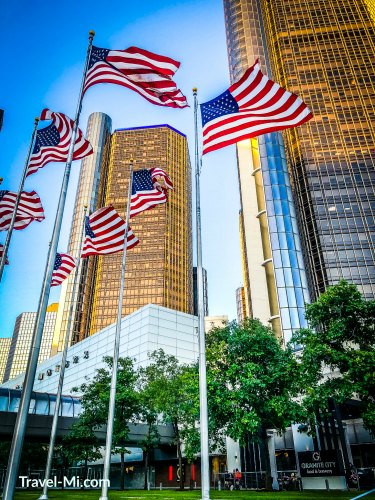 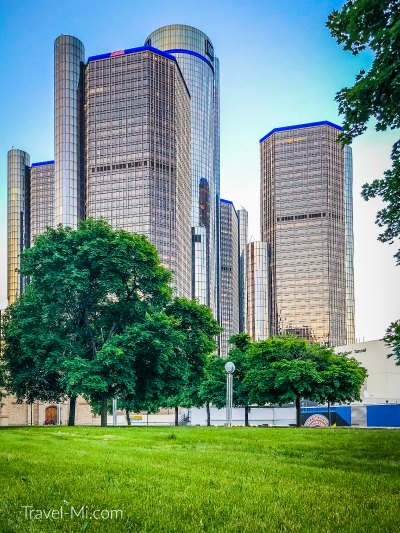 Other than just office spaces, these buildings house the Granite City restaurant, large food court and several retail stores.  We loved the glass floors and the General Motors store. We bought three shirts!

Once inside, we wandered around the lowest of three circular levels.  This level houses a variety of General Motors vehicles slowly circling on the world’s largest automotive turn-style.  Vehicles slowly circle around the massive circle (behind the huge pillars) as shown in the photo below. 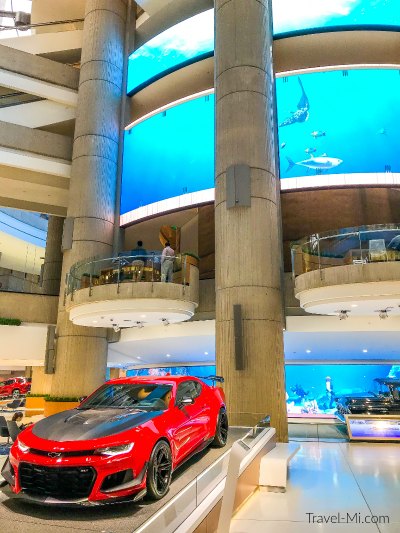 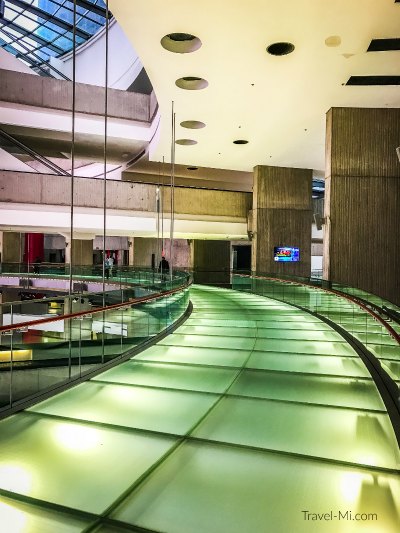 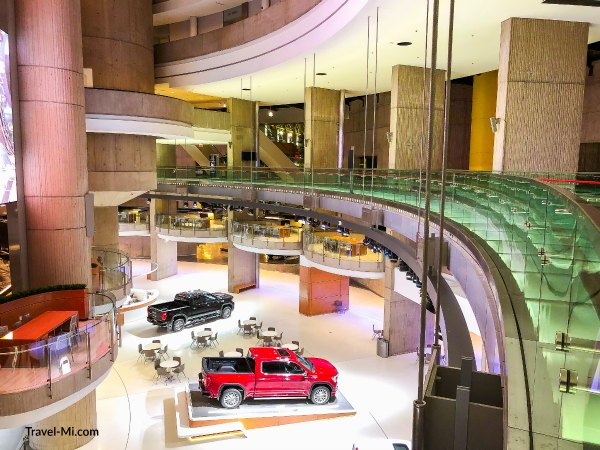 The Detroit Marriott is Located within the GM Renaissance Center (GMRENCEN) 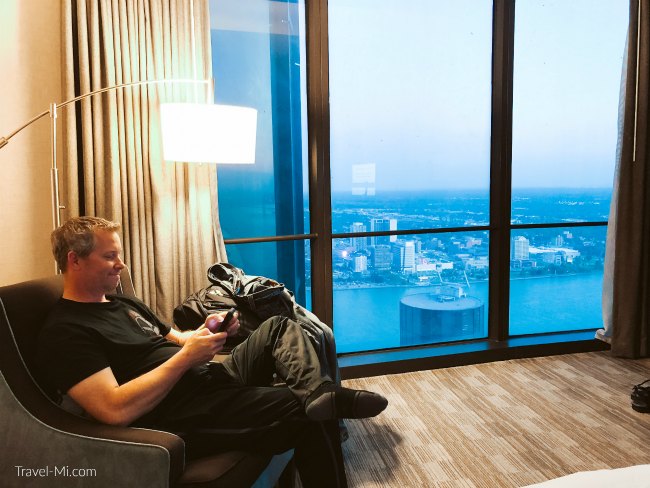 The Detroit Marriott, located within the skyscrapers, is the 2nd tallest all-hotel skyscraper in the Eastern Hemisphere.  It is the tallest building in Michigan since it was erected in 1977.

We fully enjoy staying at the Detroit Marriott as it is centrally located and walking distance to Hart Plaza, The Fist, The Spirit of Detroit, the Riverwalk and the Guardian Building. 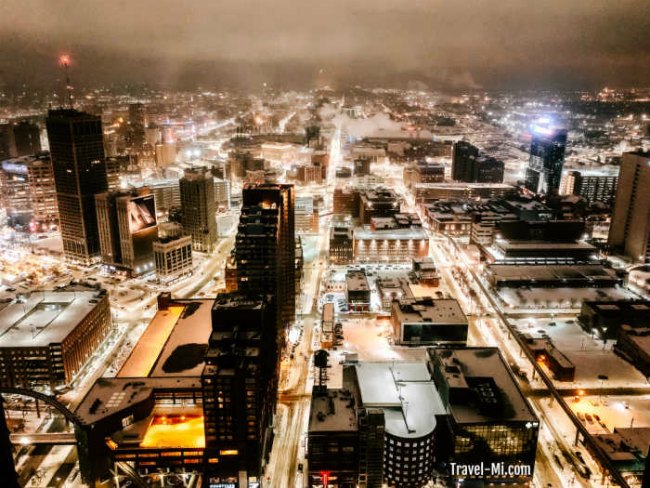 Plus, the views are magnificent!  The above shot was taken from our hotel room.

It's also a short drive to the Fisher Building and Theater and the Ford Piquette Plant. There are tours of both buildings available.

Meanwhile, Outside the Detroit Renaissance Center... 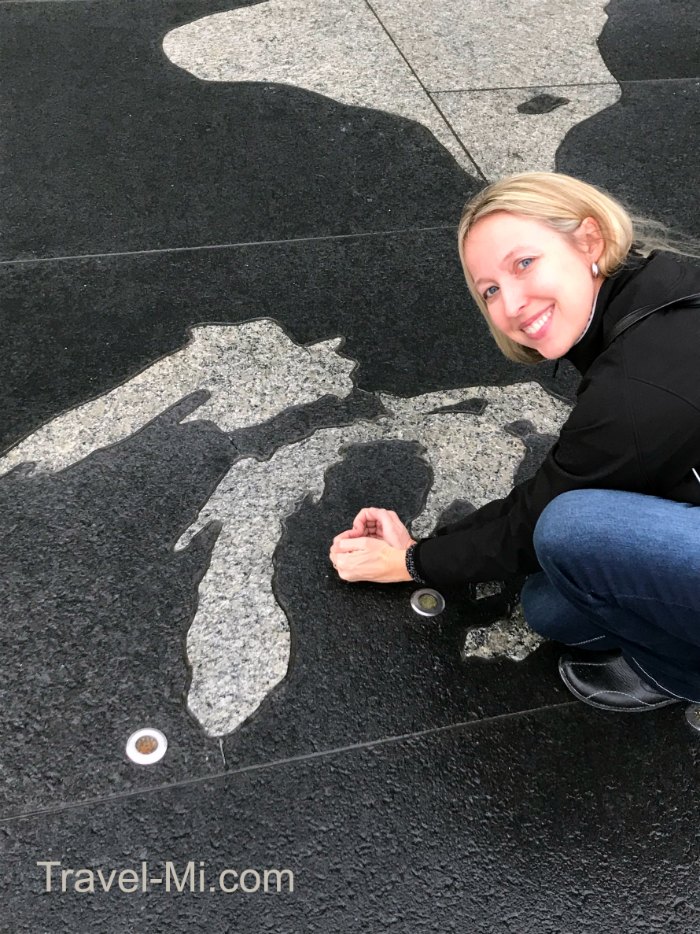 As the sun begins to set, be sure to wander along the beautiful Detroit Riverwalk.  This is a peaceful walk offering great views of Canada. 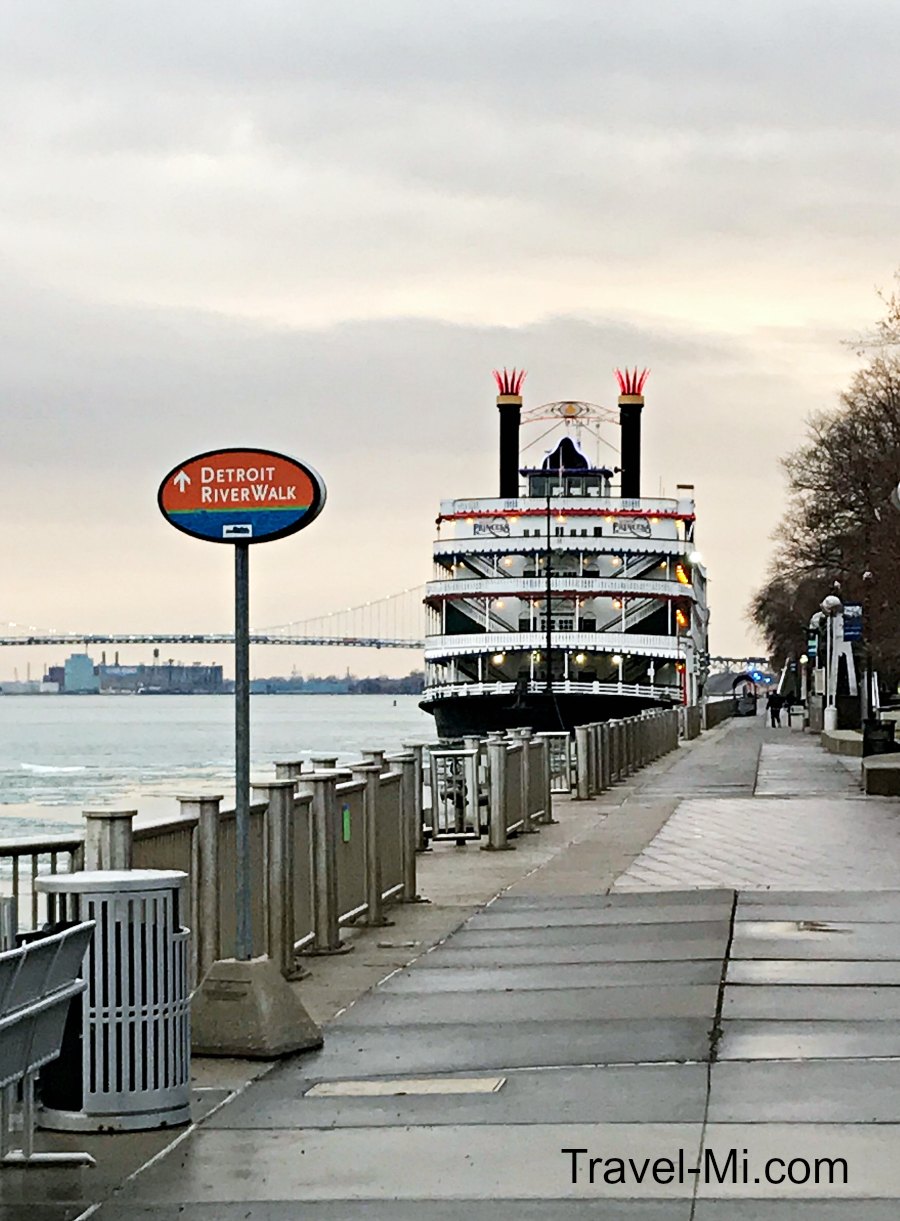 The Detroit Princess Riverboat, located at 625 W. Congress Street, is known for their popular Motown lunch and dinner cruises.  These fun tours are available numerous times throughout the year.  The Detroit Princess has a variety of other tours including Mother's and Father's day cruises and fun Fireworks cruises. 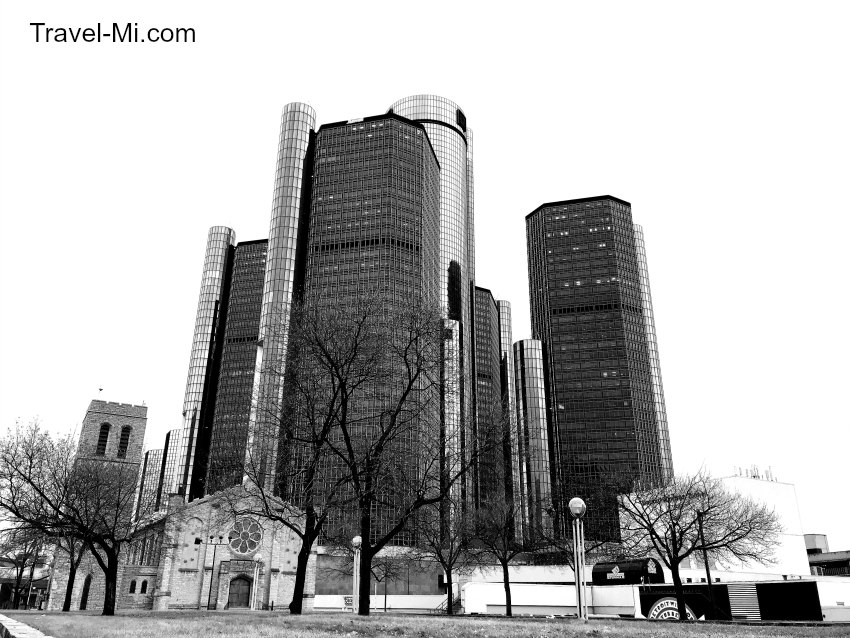 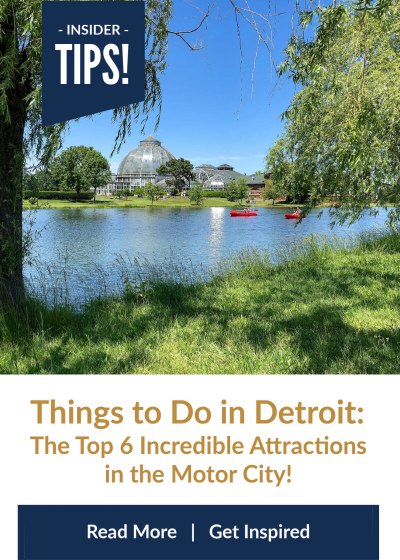 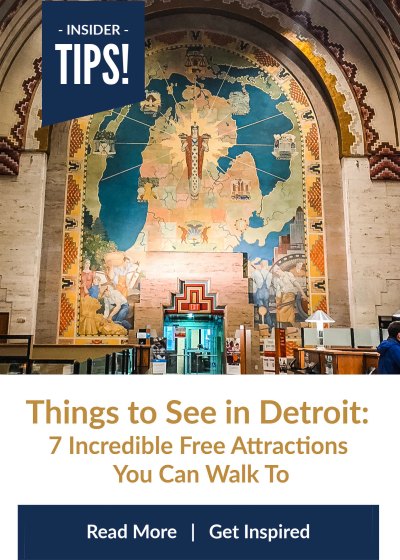 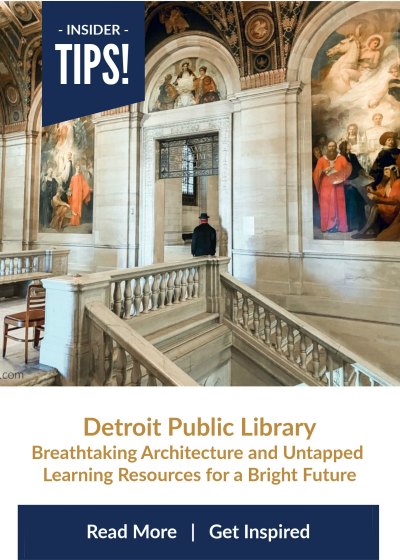 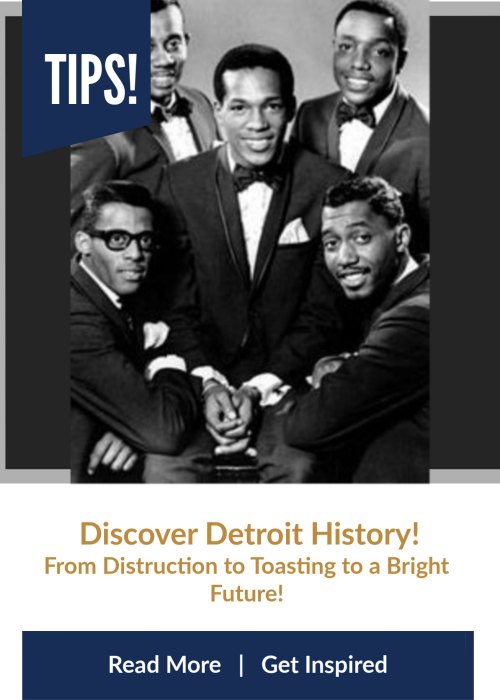 Before this craziness, Chris and I ventured to the Detroit Institute of Arts to check out their famed exhibits, exquisite murals and stunning architecture. We were definitely not disappointed! . Here's some stunning info: "The Detroit Institute of Arts, located in Midtown Detroit, Michigan, has one of the largest and most significant art collections in the United States. With over 100 galleries, it covers 658,000 square feet with a major renovation and expansion project completed in 2007 that added 58,000 square feet." . So, yeah, you need to go. I think we were there about 3 hours. You will be impressed! Have you been? . . . #detroitinstituteofart #detroitinstituteofarts #detroitinsider #detroit #detroitart #motorcity #detroitartmuseum #architecture #stunningarchitecture #art #sculptures #chandelier #detroitisit #detroitarts #detroitartists #detroitlove #Michigan #puremichigan #greatlakesstate #travelingmichigan #michiganders #michiganartgallery #michiganart

A post shared by Michigan Travel+Food Adventure (@travelingmichigan) on Mar 29, 2020 at 2:27pm PDT 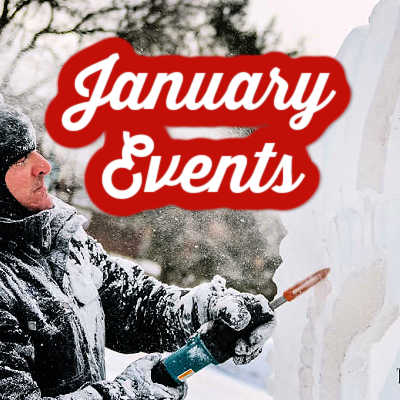 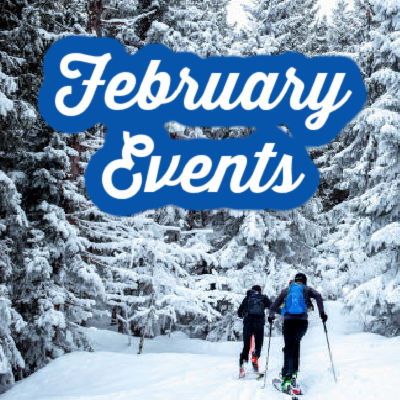