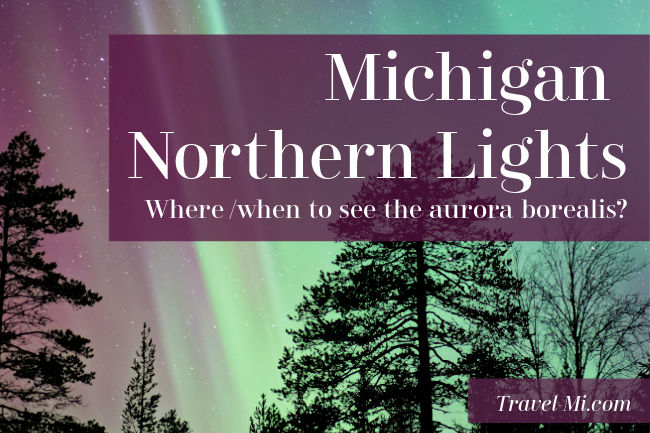 When and where can I see the Northern Lights or Aurora Borealis in Michigan?

Is there a Northern Lights forecast or an Aurora Borealis Forecast?  Can you see the northern lights Michigan tonight?

Hopefully we can help you see the light ;)

"The earth has music for those who listen"

What are the Northern Nights (Aurora Borealis)?

The Aurora Borealis (“Northern Lights”) are brilliantly colorful night-time lights that are located above the Earth’s magnetic poles in the northern and southern hemispheres.

Since I'm not a scientist, let's refer to the Space Weather Prediction Center:

They say, "the Aurora Borealis (Northern Lights) are the result of electrons colliding with Earth’s upper atmosphere.

The electrons are energized through acceleration processes in the downwind tail (night side) of the magnetosphere and at lower altitudes along auroral field lines.

The accelerated electrons follow the magnetic field of Earth down to the Polar Regions where they collide with oxygen and nitrogen atoms and molecules in Earth’s upper atmosphere.

The best place to observe the aurora is under an oval shaped region between the north and south latitudes of about 60 and 75 degrees.

At these polar latitudes, the aurora can be observed more than half of the nights of a given year." 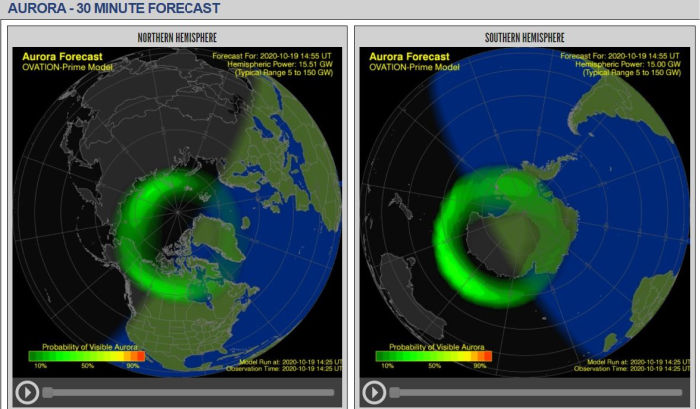 To see if you have a chance of seeing the northern lights in Michigan tonight, we recommend using the Ovation Aurora Forecast at the Space Weather Prediction Center.

I use it to see my chances of seeing the northern lights tonight.

So you can check this to see the up to date Northern Lights Michigan forecast and your chance of seeing the northern lights tonight.

The two maps on the northern lights map show the North and South poles of Earth respectively. The brightness and location of the aurora is typically shown as a green oval centered on Earth’s magnetic pole.

The green ovals turn red when the aurora is forecasted to be more intense.  The sunlit side of Earth is indicated by the lighter blue of the ocean and the lighter color of the continents. 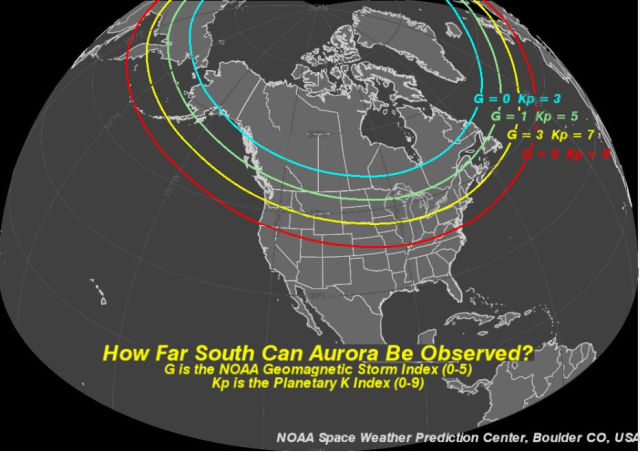 So, Michigan is generally in the G=1, Kp=5 zone (kp3 is low, kp 9 is very high) so we are right in the middle for magnetic energy (the Upper Peninsula is even better).

What is the Best Time to see the Northern Lights in Michigan?

The best time to see the Michigan northern lights is when geomagnetic activity is low, the aurora typically is located, in the hours around midnight, at about 67 degrees magnetic latitude. 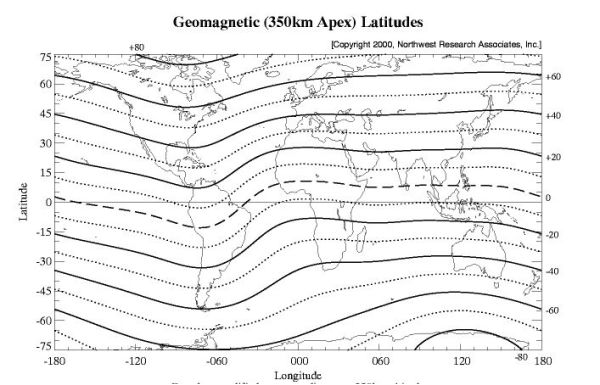 The cool thing is, Michigan (or the UP) is around 57 Geomagnetic Latitude!

The night must also be clear and free of light pollution to see the Michigan aurora borealis.

When Can You See the Northern Lights in Michigan?

What is the best time to see northern light in Michigan?

Best time of year: August through April—October, November, and April being peak months.

Watch the forecasts after 10 p.m. for the best probability of seeing the Northern Lights.

Where to See Michigan Northern Lights 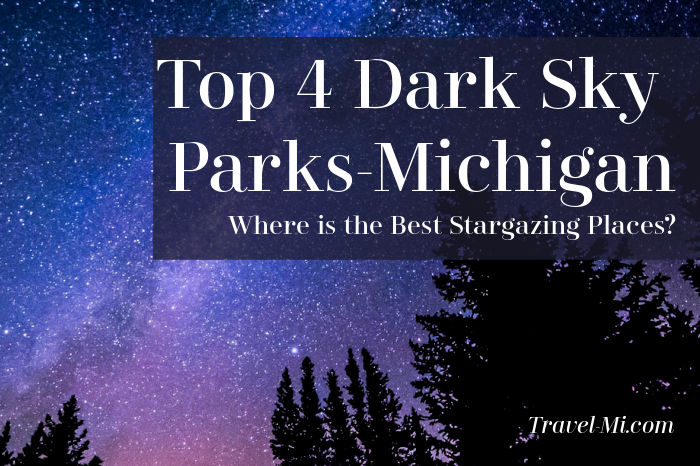 Wondering where can you see the Northern Lights in Michigan tonight?

In general, you are more likely to see an aurora if you are at a high latitude, i.e. closer to the north (or south) pole.

Where to See Michigan's Northern Lights in the Upper Peninsula

Where is the best place in Michigan to see the northern lights?

Since Michigan's Upper Peninsula offers more open sky and less light pollution, it is the perfect spot for aurora sighting.

Remember...find the the darkest spot you can.

Chris (the traveling hubby) highly recommends Houghton in Michigan's Upper Peninsula, as this is where he grew up and has seen several spectacular Aurora Borealis lights in this region.

Check out McLain State Park or Breakers Beach in Houghton.

It's your best chance of seeing northern lights tonight. 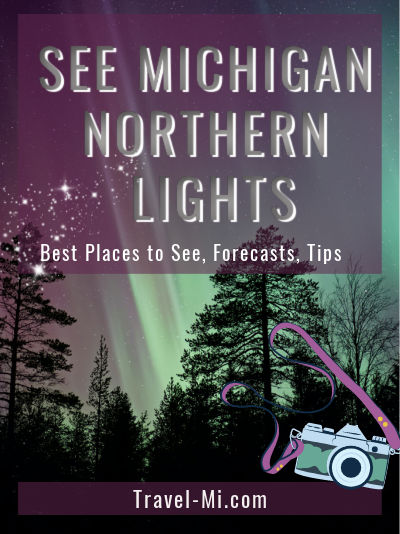 Have A Great Story About This Topic?

Do you have a great story about visiting here? Share it!

What Other Visitors Have Said

Click below to see contributions from other visitors to this page...

Where is the best place to see the northern lights in Michigan? Not rated yet
Would love to see them and could use any tips! Regards, Candice Answer HI Candice! Thanks for the question! We have a bunch of info …


We'll send you the best local adventures, upcoming events, tips and inspiration right to your inbox! Sign Up Now